It’s simple: Montanans want to know where their food comes from.

Montana Farmers Union is fighting for fairness, from the farm to the plate.

Senate Bill 2716, the American Beef Labeling Act, was recently introduced by U.S. Senators Cory Booker, John Thune, Jon Tester, and Mike Rounds. The legislation seeks to reinstate the mandatory country of origin labeling (MCOOL) requirements for beef. MCOOL already applies to several other food commodities after being passed by Congress in the 2002 Farm Bill. Beef and pork were both subsequently removed from the MCOOL requirements in 2015.

It’s time to fix this. We need your help. Send a letter to our Congressional representation telling them to:

Dear Senator,
I urge you to support the American Beef Labeling Act, Senate Bill 2716. The bill was introduced by U.S. Senators Jon Tester, Cory Booker, John Thune, and Mike Rounds. The bipartisan legislation seeks to reinstate the mandatory country of origin labeling (MCOOL) requirements for beef. MCOOL already applies to other food commodities after being passed by Congress in the 2002 Farm Bill. Montana passed a Mandatory of Country Origin Labeling law in 2005, which paved the way to the federal bill that was passed into law in 2009.

Ranchers received fair prices for their livestock and consumers were able to confidently purchase their beef at a reasonable price, knowing the product origin. But beef and pork were both removed by Congress from the MCOOL requirements in 2015. Now, beef that is produced in a different country but then processed in America is considered a product of the USA. American producers deserve better—they deserve credit for the amazing quality of beef that they raise and sell in retail locations.

This bill will accomplish just that. It’s clear that consumers want to know where their food comes from. Right now, without MCOOL, consumers are being lied to about where their beef comes from.


Consumers deserve a transparent and secure food supply chain, and our producers deserve for the product they are raising. Please support SB 2716, the American Beef Labeling Act, for your consumer and producer constituents alike.

Join a growing community of family farms and ranches. 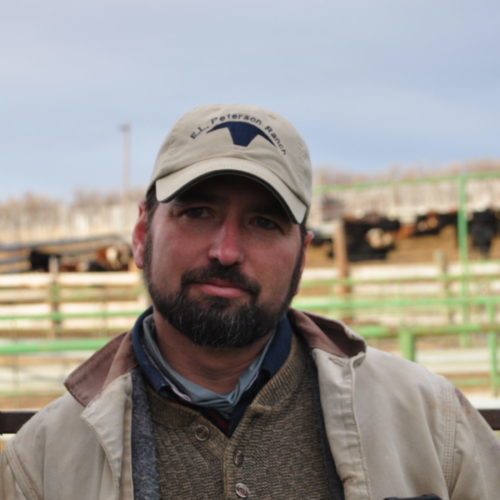 Montana Farmers Union is really good at drumming down on the issues. When we are one, we can’t be very loud. But when we are many, we can be very loud.

I love coming to Montana Farmers Union conferences and watching the webinars and town halls…  they support the issues that I care about.

One of the reasons I got involved in Montana Farmers Union is that it’s the only group of people I’ve found in the state who are fighting to make a difference on big issues like Right to Repair.