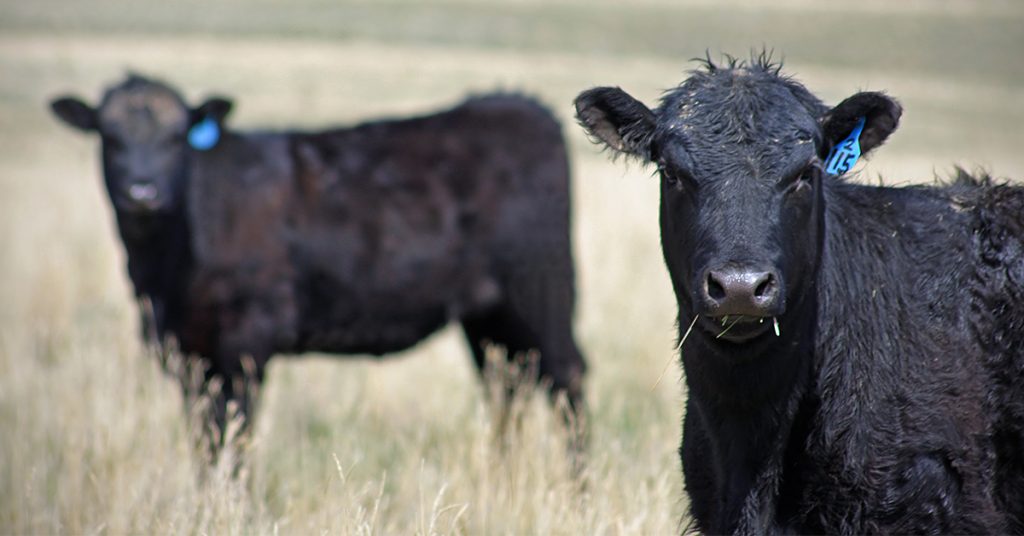 (U.S. Senate)—As a part of his continued effort to break up ag consolidation and secure fairer prices for Montana ranchers and consumers, U.S. Senator Jon Tester this week introduced an updated version of his bipartisan Cattle Price Transparency and Discovery Act which would establish minimums for negotiated sales and require clear reporting of marketing contracts.

“For too long, large corporations have raised prices on working families while giving Montana ranchers the short end of the stick,” said Tester. “Increasing price discovery will give producers more control and better information when they sell their livestock, and is a key step in making markets more competitive. Montana ranchers raise the best beef in the world, and it’s about time they got a fair cut for their premium product.”

“The Cattle Price Discovery and Transparency Act will move contracts and cattle trades out of smoke filled board rooms into the public for all to see, allowing cattle producers to make informed decisions when marketing their livestock, and taking away the ability for corporate packers to manipulate the markets,” said Montana Farmers Union President Walter Schweitzer. “We appreciate the hard work and negotiating skills of Senator Tester to get this bill introduced and we look forward to helping him get it passed.”

The updated bill would:

2.      Establish a maximum penalty for covered packers of $90,000 for mandatory minimum violations. Covered packers are defined as those packers that during the immediately preceding five years have slaughtered five percent or more of the number of fed cattle nationally.

3.      The bill also includes provisions to create a cattle contract library, mandating box beef reporting to ensure transparency, expediting the reporting of cattle carcass weights, and requiring a packer to report the number of cattle scheduled to be delivered for slaughter each day for the next 14 days. The contract library would be permanently authorized and specify key details about the contents that must be included in the library like the duration of the contract and provisions in the contract that may impact price such as schedules, premiums and discounts, and transportation arrangements.

Click here for an updated one-pager on the bill.

Click here for an updated section-by-section summary of the bill.

As the only working farmer in the U.S. Senate, Tester has long been an advocate for increased market transparency and more competitive practices for Montana producers and consumers. Last year he introduced his bipartisan American Beef Labeling Act, which would ensure that only beef raised in the United States is labeled as a product of the USA. Last year he also introduced his bipartisan Meatpacking Special Investigator Act which will create a new dedicated office within the Department of Agriculture’s Packers and Stockyards Division, addressing anticompetitive practices in the meat and poultry industries.