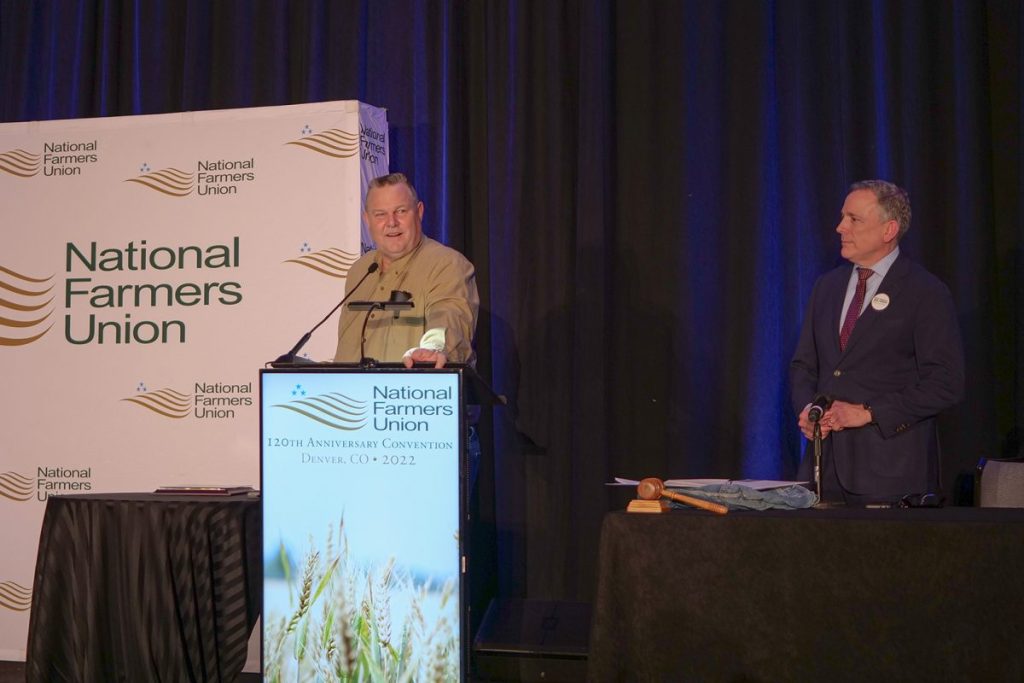 “The best job I’ve ever had is being a farmer- a family farmer.”

Since being elected to the U.S. Senate in 2006, Tester has worked to increase access to health care and broadband, support veterans, tackle consolidation in the ag industry, maintain postal services, increase mental health services, and more for rural communities.

Tester, the only working farmer in the Senate, recently introduced the Agriculture Right to Repair Act that tackles consolidation in the ag industry and would allow producers to access diagnostic software to repair their own equipment.

A long-time advocate against consolidation in the ag industry, Tester also spoke in support of NFU’s Fairness for Farmers campaign during its launch last fall.

The Fairness for Farmers campaign fights against corporate monopolies and for stronger enforcement of antitrust laws to create more fairness for farmers and consumers.

“I believe that if you have people in the marketplace that are playing by the rules, everybody can benefit,” Tester adds. “If we lose family farm agriculture… this country will be changed, and changed for the worst.”
Montana Farmers Union President Walter Schweitzer, who introduced Tester, remarked “There’s no bigger champion for agriculture in the halls of Congress today than Senator Jon Tester- and that’s because he is a farmer. He’s from rural Montana, and he gets it.”

“I have a dream” Senator Tester concluded during his acceptance, “and that dream is that rural Montana will become vibrant again. We’ll grow again, and how we will grow is through agriculture.”