A Step in the Right Direction for Agriculture

A Step in the Right Direction for Agriculture 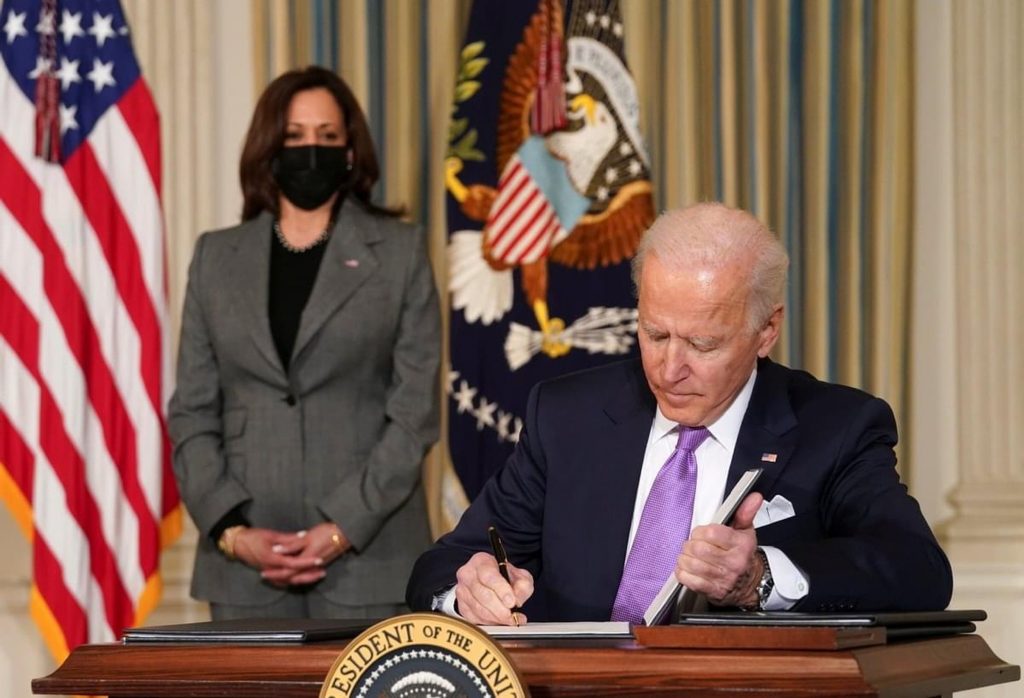 Great Falls, MT- Today President Biden issued 72 directives to promote competition and jumpstart the US economy. According to a press release by the White House a lack of competition in the market place is estimated to cost American households $5,000 annually. Many directives pertain to the agriculture sector including: a directive to the Federal Trade Commission to limit equipment manufacturers from restricting farmers the right repair their own equipment; a directive on new rules defining when meat can have the “Product of the USA” label; enhancing the USDA’s ability to prevent meat processors from abusing the market; increasing opportunities for farmers to access markets, and support of local and regional food systems. This order also establishes a White House council to monitor the progress of these initiatives.

Montana Farmers Union, an advocate at the state and federal level for right to repair, is praising President Biden for issuing an executive order on the farmers’ right to repair their own equipment. MFU’s work on right to repair included a virtual town hall this spring on the issue in partnership with national stakeholders and state legislators. In addition MFU worked with Representative Kate Sullivan and Senator Mark Sweeney to pass right to repair legislation. Despite the best efforts on the part of MFU, Representative Sullivan and Senator Sweeney the right to repair legislation failed to pass, however support for the issue has gained momentum. MFU continues its work on this critical issue and is encouraged by the executive order. “We appreciate the president’s executive order on right to repair which brings the issue to the national stage for potential action by the FTC. Planting and Harvest is a timely process for all farmers and ranchers. It is critical that machinery is in good working condition. Broken or disabled equipment can make the difference in a successful crop season. Currently, there are only three major equipment manufacturers that sell into Montana. These companies have placed proprietary software on their equipment that prevents local heavy equipment mechanics from diagnosing and repairing tractors and combines. These companies only allow their technicians to make repairs. Farming and ranching is very stressful. Farmers have the highest suicide rate of any demographic. When you have a crop ready for harvest, your equipment is broke down, you have to wait for a dealer to fix it and you are not allowed to fix it yourself this is STRESSFUL! Having the right to repair our own equipment will not only save money, increase food security but will save lives.

“For decades the multi-national packers have dominated the market and decreased our food security. The pandemic put a microscope on this broken food system. We must enforce anti-trust laws so that producers will get a fair price for their product, and consumers will always have access to affordable nutritious food.”

When Congress repealed Country-of-Origin Labeling (COOL) for beef and pork in 2015 it allowed multinational packers to start labeling beef and pork imported from foreign countries with a Product of USA label – allowing unfettered use of the USDA stamp which misleads consumers and prevents Montana producers from getting a fair price for their product. Montana Farmers Union along with its national partner National Farmers Union is a longtime advocate of truth in labeling. In the 66th legislative session MFU supported a joint resolution passed by the house and senate urging congress to recognize the importance and need for Country-of-Origin labeling on beef and pork products. “MFU was pleased to support a resolution on truth in labeling that passed through the 2021 Montana Legislative session. We continue to work at the federal level to see this issue through and appreciate the president’s efforts on this important issue.”

“Access to markets for producers is extremely important. We have lost some markets that took decades to establish. It will take years to get our markets back, and this executive order is a step in the right direction. MFU supports policy that will help address the issue of food security, the need for infrastructure to expand local and regional food systems in particular, and support for local farmers markets which play a pivotal role in getting nutritious and locally grown food out into our communities.”