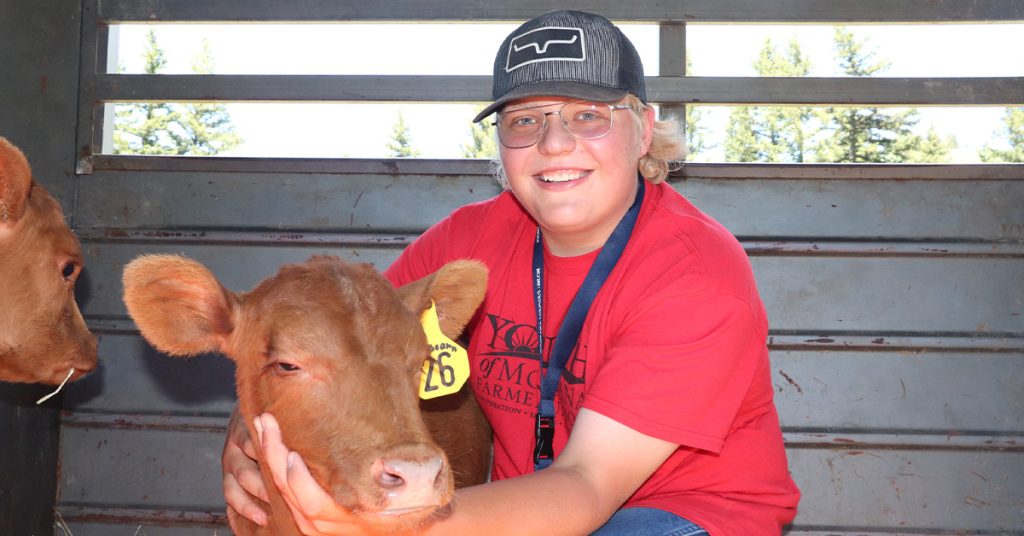 Prewett, who graduated from Park City High School, was recently elected as second vice president of Montana State FFA. He also has served as a MFU Torchbearer, a SYAC leader and as a delegate during the National Farmers Union Convention.

MFU is better because of Phillip’s participation.

“Some young people have the potential to become great leaders. Phillip is one those young people who has already become a great leader,” MFU President Walter Schweitzer said. “Phillip has been instrumental in creating a better camp experience at MFU’s Arrowpeak camp. Phillip represented MFU well at the NFU convention last winter in Denver. He proposed and defended policy amendments in front of the NFU body as well as anyone. MFU is better because of Phillip’s participation. Congratulations, Phillip, on this well-deserved scholarship!”

The award was one of several NFU scholarships announced this week and is given in honor of the Seymour’s dedication and commitment to Farmers Union and family farming. Hubert Seymour was a leader in the Farmers Union organization throughout his life at both the state and national levels. He served the Illinois Farmers Union as secretary-treasurer for eight years and vice president for 12 years before he stepped down in 1990. He farmed full-time with his wife until his passing in 1994.

Every year, NFU presents several scholarships to students in any area of study attending a two- or four-year accredited college, university, or technical school who have demonstrated academic excellence and a commitment to their communities.

The future of agriculture is in the hands of the next generation.

“For 120 years, education has been at the foundation of National Farmers Union,” said NFU President Rob Larew. “To secure a bright future for our organization and American agriculture, we need to ensure that young people have the educational resources they need to become tomorrow’s leaders. The future of agriculture is in the hands of the next generation.”

Applications for the 2023 NFU scholarship awards open in December 2022. More information about the scholarships is available on the NFU website at nfu.org/education/scholarships.